Hey! Cambridge recently announced that there will be three small changes to the IELTS listening test from January 4th 2020. In today’s blog, I want to look at what these changes are and what they mean for your IELTS preparation.

What are the changes to the IELTS Listening test?

Well, before you panic, the actual test itself will not be changed i.e. all of the question types and the four sections will remain the same. 😅 However, from January 4th 2020:

What effect will the changes to the IELTS Listening test have on my performance?

Well, the first two modifications are very minor and will only affect the language used in the exam instructions. In very simple terms, it means that instead of hearing an exam instruction like this:

You will now hear an exam instruction like this:

That’s it!! There is literally nothing to worry about here and, quite honestly, if Cambridge hadn’t published the change, I don’t think 99.9% of test-takers would have noticed it.

Removing the example, however, will make a difference to your test experience and is actually quite a significant change.

First of all, if you are using a headset, you will no longer have a chance to check the volume during the example. This is not a major problem as you will still hear some instructions before the exam starts, but if you have any problem at all hearing the tape-script, you should immediately raise your hand and ask for assistance. NEVER BE AFRAID TO ASK FOR HELP.

Also, remember that if you want to make a complaint about the exam, you must do it before you leave the exam centre. Again, never be afraid to make a complaint. The IELTS test is life-changing and it is your test centre’s responsibility to make sure that your test is fair and valid (and not being able to hear the tape is definitely not “fair” or “valid”!) 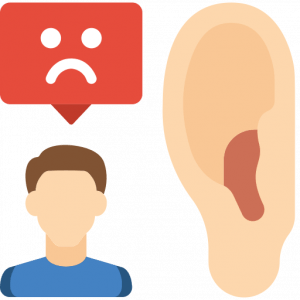 However, the biggest difference is that you will no longer be able to use the time taken for the example to move ahead and read the more complex questions in part 4. This is a technique that I have been teaching my students for over a decade, and it was an effective one. With some examples, you were able to gain an extra 30 seconds to look at the difficult multiple choice or gap-fill questions that came at the end of the test (when there is also no break in the middle of the tape-script to read the questions).

So, will losing this extra time make a significant difference to your score? Honestly, I don’t know. But what I do know is that from this point forward, you should practice listening using the new format i.e. Don’t use the time taken for the example to move forward and read future questions.

Of course, you will still be able to use the time given at the end of each section “to check your answers” to read ahead if you wish, but I know some of you really do need that time for checking. So, the only way to know how you can personally cope with the change is to practice, to find out which technique suits you best. It might be that you use the checking time to read ahead.

It might be that from now on, you just don’t have time to read forward in the test at all, and will need to tackle Part 4 with no extra reading time. Like always, practice to find the best technique for you. Every test-taker is different – I know a teacher who never read forward during the example because it confused him.

Struggling with IELTS listening? We now offer intensive 5-day courses that break down every type of listening question so that you can build your skills. Find out more here. 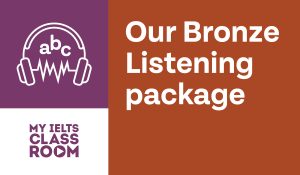 Why have IELTS made changes 1 and 2?

Well, I assume that the main reason for all of these changes is to make the paper-based and computer-based papers identical. As there are no “pages” on a computer, it makes sense to remove this word from the recorded instructions. That way, Cambridge can record ONE tape-script that can be used in both exams.

Interestingly there has never been an example in the new computer-based test. I expect that after trialling the test without one, Cambridge have decided that its removal has no significant effect on student performance, and now wants to make the same change to the paper-based test. Alternatively, maybe removing the example did make a small difference to test scores (I expect it makes the test slightly harder), but they decided that this was still a better test format.

Either way, making the computer and paper-based versions exactly the same makes the test more accurate, as even small differences in a test-format can affect the validity of a result.

Want to know how to tackle Listening Part 3? Then listen to Nick and I break down the four tricks used by IELTS test writers to encourage you to choose the WRONG answer in multiple choice questions!

So, those are the changes to the IELTS listening test. I guess the new year has already given us a new IELTS challenge, but it’s one that we can beat with a bit of practice and a positive attitude! 💪