Every week I mark dozens of IELTS essays, and each student has their own unique problems stopping them achieving a high score. Some struggle with subject/verb agreement, others have problems using joining their ideas, and many use unsuitable vocabulary.

However, despite these differences, it never fails to amaze me that students make the same FIVE mistakes with Task Response, no matter which country they are from or what their level. So, in today’s blog post, I want to go through the 5 most common IELTS Task Response mistakes, and how you can avoid them 🚀

1. Not addressing the question fully

Exams are stressful. And, in the heat of the moment, it’s easy to not spend enough time reading the question properly. This can be a disaster. If you write off-topic, you can essentially kiss your chances of getting a 6.5 or 7.0 goodbye. Totally misunderstanding the task may sound like an unusual situation, but writing completely off-topic is more common than you think. Take this recent IELTS question for example:

Some people believe that nowadays we have too many choices.

To what extent do you agree or disagree?

I have marked FOUR essays this week that discussed the fact that there is MORE choice in our lives (which is definitely true) but didn’t discuss if this extra choice is a BAD THING or not. But, that is what too much choice means– that these extra choices are bad for us. It’s not enough to simply describe all of the choices we have today as consumers, you have to evaluate the effect this choice is having on us.

If you don’t talk about whether or not these choices are good or bad for us, you haven’t addressed the question!

And, making this mistake means that before you have written one word, your score for Task Response can now be NO MORE THAN 5.0. Yes, even if your grammar and vocabulary is perfect, your chance to achieving a 7.0 or even 6.5 is now very slim. This is why it is so important that you ALWAYS read the prompt twice and carefully check what you are being asked to discuss. 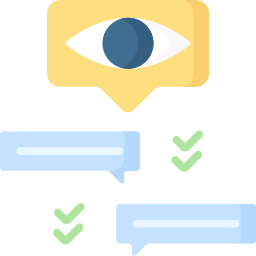 Also, you have to stay on topic THROUGHOUT your essay – many students start on the topic, but then drift away in the middle of their essays. The way to avoid this is GOOD PLANNING. As you plan, go back and make sure that every one of your ideas is connected to the question. If it isn’t, get rid of it, and find a new one. Then, stick to your plan as you write.

2. Not having a clear position throughout the essay

This is probably the biggest and most common mistake I see as an IELTS marker. That’s why almost the first thing I teach students who walk into my class is HAVE A CLEAR POSITION. It’s the one rule that you can NEVER break ⚡.

Whether or not you put this opinion in the introduction is not actually that important (you can read my recent blog post here to find out why). But, what IS important is making sure that your position is known throughout your essay. In IELTS, it’s not enough to leave your position until the conclusion – this is a recipe for disaster! Even if you decide not to give it in the introduction, you should make your opinion known in the body AND conclusion. And, what’s the best way to make sure you have a clear opinion?

Decide what it is before you start writing!

Again, just like writing off-topic, the problem of not having a clear position can be totally avoided if you plan properly. If you know what your position is before you start writing, then it’s almost impossible for you not to make it clear. The best IELTS essays are those in which every sentence explains what your opinion is and tries to persuade the examiner that it is valid.

Want to know how the examiner will apply the band descriptors when marking your IELTS essay?

Then download a copy of our FREE e-book, which explains how each of the four marking criteria is applied and includes the most common errors made by test-takers. Just click here for your copy.

If you look back at some of your old essays, how many main ideas do you have in each paragraph? If it’s one or two, you probably don’t have a problem with extension. But, if it’s three or four, the chances are you aren’t extending your ideas enough.

Remember, you don’t get point in IELTS simply for having an idea – you get points for showing that you can expand and extend it. As IELTS essays are short, you really only have space for a couple of good well-extended ideas per paragraph. If you have 4 or 5 ideas, and only 1 sentence of extension for each (or worse NO extension sentences!), you are killing your Task Response score. Remember the Golden Rule:

Never have a one sentence argument (even if the sentence is a long one!)

So, how many ideas should you have? Well, for a Discuss Both Sides or Advantages/Disadvantages essay, then two ideas per paragraph is optimum, with 2 or 3 extension sentences for each. But, if it’s a To What Extent essay, then one idea per paragraph is optimum, with 4, 5, or even 6 sentences of extension. Problem/ Solution essays will depend on the type of organisation you used. However, again, one or two is best. In my opinion, three ideas is always too many – you just don’t have time and space to extend them all.

If you are using fake statistics in your essays – STOP! I’m serious. You can read my recent blog post to find out how to write good examples. But, in short, this new “fashion” of creating fake statistics to support arguments is NOT a good one. At best, your example is unconvincing; at worst, it can lead you to making completely false claims.

Plus, never end a paragraph with an example – you need to show the examiner how your example ties back to the question. Again, I discussed this in the same blog post on examples- if you haven’t read it yet and don’t know how to ties examples back to questions, please go there now – it can save you a band score! 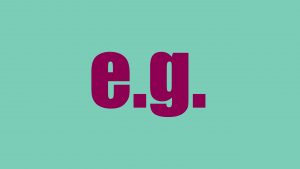 Because IELTS essays are short, students have a nasty habit of giving arguments that overgeneralise. This means that students often make wide statements about a topic that are simply not true. A simple example of over-generalising is a sentence like this:

While it’s true that eating fast food can lead to obesity, is it true that ALL people who eat fast food are obese? NO! Of course it isn’t. There are many people who eat fast food but are still a healthy weight. That’s why this sentence is an overgeneralisation. If you are a student who wants a 7.0 or higher, you need to be very careful not to overgeneralise. In fact, avoiding this problem is pretty easy. Here we could just say:

People who eat fast food TEND TO BE obese

Another type of over-generalising is taking a good example TOO FAR. I see this most often in Problem/Solution essays, where students exaggerate the results of a problem too much. For example, a number of students have recently told me that children from single-parent families don’t get enough attention at home so turn to crime. In itself, this isn’t a bad argument – maybe crimes like vandalism or shoplifting might be committed more by kids from single-parent homes (notice that I said MIGHT). But, are vandalism or shoplifting the examples they gave? NO! Their example was murder!

So, try not to over-exaggerate in your examples – you can prove your point without making these over-general or drastic claims! Again, I have written a blog about how to avoid over-generalising– if you have never heard of this concept, I strongly recommend that you read it now. This is an easy problem to avoid once you are aware of it!

There are many mistakes that you can make to lower your Task Response score, but here are my top five: