IELTS reading MCQs have always been one of the most difficult to tackle in IELTS. That is because they can either test your understanding of the information given in the passage of your understanding of the writer’s purpose or aim. Until now, 90% of questions have focussed on the former, but I noticed that in Cambridge IELTS Academic 17, almost ALL of the questions asked you to analyse what the writer was doing. This is obviously a massive change and one that could be challenging for many students.Today, Nick and I look at the MCQ’s from Cambridge 17 Test 1, Passage 3 To Catch a King to show you how you should approach this type of task. Below, you can find a summary of the episode, which includes all of the links to useful materials and the times of each part of the discussion (so you can go directly to the part you want to listen to) 🚀

If you have been following My IELTS Classroom for a long time, you may remember that we had a podcast episode last year in which we explained the two best approaches to answering IELTS reading MCQs. If you have not already completed that lesson, I think that it would be good idea to pause here and go and do so. It will teach you the basic principles of MCQs and give you the foundation needed to tackle these more complex ones.

Why have the new IELTS reading MCQs been introduced?

Asking yourself “why is the writer telling me this” is something that you should be asking yourself as you read in the real world – after all, writer’s write for a reason. They have something to say. They may be trying to persuade you, or inform you, or entertain you, but whatever their reason, they have a motive or purpose for writing.

This is what IELTS is testing when they set these questions – if you can understand the aim of the writer when you read.

Another reason why I feel IELTS is making a move to this type of MCQ is that these questions. In order to understand the main idea of a paragraph or to ascertain why an example is given or why a certain phrase of expression is used, you will need to able to process the information given in an entire paragraph.

IELTS knows that many students are obsessed with the idea that scanning and skimming save time. Sadly, this only works for a small fraction of the questions given in the exam, and so any student relying on that technique here is liable to make errors.

In fact, I am sure that by the end of this podcast episode, you will be more convinced than ever that our Read Once, Read Well technique is the only one that you should be using in the exam! That’s because, as you will see, if you read the entire paragraph first before looking at the possible answers, selecting the correct one is relatively easy.

The best way to learn a new technique is to practice. In the lesson, Nick and I will be leading you through the following questions from Cambridge 17 Test 1, Passage 3 To Catch a King to show you how you should approach them. For each question, we will explain the best technique to use and where you should be looking for the answers in the paragraph.

However, why not attempt these IELTS reading MCQs now before you listen to the episode to see how your current technique compares to ours!

36. What is the reviewer’s main purpose in the first paragraph?

Charles Spencer’s latest book, To Catch a King, tells us the story of the hunt for King Charles II in the six weeks after his resounding defeat at the Battle of Worcester in September 1651. And what a story it is. After his father was executed by the Parliamentarians in 1649, the young Charles II sacrificed one of the very principles his father had died for and did a deal with the Scots, thereby accepting Presbyterianism* (* Presbyterianism: part of the reformed Protestant religion) as the national religion in return for being crowned King of Scots. His arrival in Edinburgh prompted the English Parliamentary army to invade Scotland in a pre-emptive strike. This was followed by a Scottish invasion of England. The two sides finally faced one another at Worcester in the west of England in 1651. After being comprehensively defeated on the meadows outside the city by the Parliamentarian army, the 21-year-old king found himself the subject of a national manhunt, with a huge sum offered for his capture. Over the following six weeks he managed, through a series of heart-poundingly close escapes, to evade the Parliamentarians before seeking refuge in France. For the next nine years, the penniless and defeated Charles wandered around Europe with only a small group of loyal supporters.

37. Why does the reviewer include examples of the fugitives’ behaviour in the third paragraph?

One of the joys of Spencer’s book, a result not least of its use of Charles II’s own narrative as well as those of his supporters, is just how close the reader gets to the action. The day-by- day retelling of the fugitives’ doings provides delicious details: the cutting of the king’s long hair with agricultural shears, the use of walnut leaves to dye his pale skin, and the day Charles spent lying on a branch of the great oak tree in Boscobel Wood as the Parliamentary soldiers scoured the forest floor below. Spencer draws out both the humour – such as the preposterous refusal of Charles’s friend Henry Wilmot to adopt disguise on the grounds that it was beneath his dignity – and the emotional tension when the secret of the king’s presence was cautiously revealed to his supporters.

38. What point does the reviewer make about Charles II in the fourth paragraph?

Charles’s adventures after losing the Battle of Worcester hide the uncomfortable truth that whilst almost everyone in England had been appalled by the execution of his father, they had not welcomed the arrival of his son with the Scots army, but had instead firmly bolted their doors. This was partly because he rode at the head of what looked like a foreign invasion force and partly because, after almost a decade of civil war, people were desperate to avoid it beginning again. This makes it all the more interesting that Charles II himself loved the story so much ever after. As well as retelling it to anyone who would listen, causing eye- rolling among courtiers, he set in train a series of initiatives to memorialise it. There was to be a new order of chivalry, the Knights of the Royal Oak. A series of enormous oil paintings depicting the episode were produced, including a two-metre-wide canvas of Boscobel Wood and a set of six similarly enormous paintings of the king on the run. In 1660, Charles II commissioned the artist John Michael Wright to paint a flying squadron of cherubs* carrying an oak tree to the heavens on the ceiling of his bedchamber. It is hard to imagine many other kings marking the lowest point in their life so enthusiastically, or indeed pulling off such an escape in the first place.

39. What does the reviewer say about Charles Spencer in the fifth paragraph?

Charles Spencer is the perfect person to pass the story on to a new generation. His pacey, readable prose steers deftly clear of modern idioms and elegantly brings to life the details of the great tale. He has even-handed sympathy for both the fugitive king and the fierce republican regime that hunted him, and he succeeds in his desire to explore far more of the background of the story than previous books on the subject have done. Indeed, the opening third of the book is about how Charles II found himself at Worcester in the first place, which for some will be reason alone to read To Catch a King.

40. When the reviewer says the book ‘doesn’t quite hit the mark’, she is making the point that

The tantalising question left, in the end, is that of what it all meant. Would Charles II have been a different king had these six weeks never happened? The days and nights spent in hiding must have affected him in some way. Did the need to assume disguises, to survive on wit and charm alone, to use trickery and subterfuge to escape from tight corners help form him? This is the one area where the book doesn’t quite hit the mark. Instead, its depiction of Charles II in his final years as an ineffective, pleasure-loving monarch doesn’t do justice to the man (neither is it accurate), or to the complexity of his character. But this one niggle aside, To Catch a King is an excellent read, and those who come to it knowing little of the famous tale will find they have a treat in store.

Are you struggling with IELTS reading? Then why not consider joining our next 5-day intensive course, where you can join one of our experts to learn how to tackle EVERY type of question in the same. Click here to find out more. 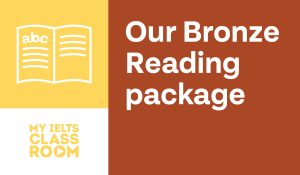