If I was allowed to give one ONE tip to an IELTS test-taker before they sat their writing exam, it wouldn’t be to learn how to organise all of the different types of essay, it wouldn’t be make sure they included lots of complex sentences in their work, it wouldn’t even be to make sure they directly answer the question! No, it would be BE CAREFUL OF PARAPHRASING in IELTS essays!

Bad paraphrasing is the number one destroyer of good essay scores🔪. And, to make matters worse, there seems to be an over-paraphrasing disease among test-takers at the moment – I call it Obsessive Compulsive Paraphrasing (or OCP for short!)! So, in today’s blog, we are going to look at three of the most common paraphrasing mistakes and how YOU can avoid them. 👍

Now, I understand the reason why students do this is because they are TOLD to by their teacher 👨‍🏫. That’s right, it’s teachers who are telling students that they HAVE TO paraphrase every word in a task – this is NOT TRUE 😲. Yes, there are times when paraphrasing is great and will definitely boost your Lexical Resource score. BUT (and it’s a big but!),

not every word in English has a good synonym, and there are very few words that have 3 or 4.

Therefore, it’s absolutely impossible to NEVER repeat words throughout an essay AND THAT IS OK! For example, if you are asked to write an essay about university, it is much better to simply say students a few times than to invent crazily long synonyms for them (those undergoing tuition at universities ❌ / people who have yet to graduate ❌ / people who attend classes at an educational institution! ❌ ). Native speakers have no problem repeating key words, so neither should you.

2) Using words incorrectly – usually long words taken from a dictionary / thesaurus that you don’t really know the meaning of. 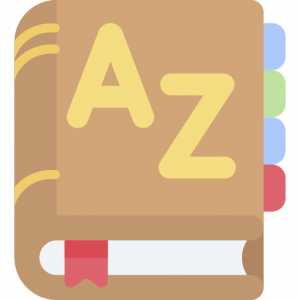 Here’s the thing, choosing the correct word to use in a sentence is tricky. Of course, the meaning of the word or phrase is important, but so are many other things. When choosing a word, ask yourself these questions:

These questions can be very difficult to answer, and if you’re not sure DON’T USE THE WORD. By using a complicated word you found in the dictionary to “increase” your Lexical Resource score, you’re probably  actually destroying the Coherence and Cohesion of your essay!!

Plus, one of the worst things I see online, are “cheat sheets” with fixed expressions that “can be inserted into any essay”. At best, these phrases are known by every examiner so will just be ignored as memorised language, at worse, these phrases are totally gobbledegook (that’s one of my favourite English words – it means language that is meaningless!) Here are some expressions that I have seen recently on Facebook that make me physically shiver.

These are from genuine posts – I actually couldn’t have made up such rubbish if I’d tried!!! I mean, what do these expressions MEAN? They are just groups of random words! So, if you have a list that includes expressions like this, I URGE you to please throw them into the rubbish bin where they belong 🗑.

3) Trying to be artistic!

English essays should be concise, direct and easy to read. If you want to say something, do it directly. Last week I saw this sentence in an essay:

What is a cake-cutting ceremony I hear you ask? Well, it turns out it’s a birthday party! SO WHY DIDN’T THE STUDENT JUST SAY THIS??!  There are many places in life you can be poetic, the IELTS exam is not one of them! 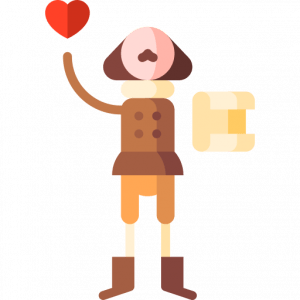 So, when you are writing your essay, if you want to replace a simple word with a more complicated one and you aren’t sure if it’s right or not, DON’T. Trust me, examiners like essays that are clear and easy to read! And, in 99% of cases, the “high-level” vocabulary needed for a 7.0 isn’t a single word, but groups of word that collocate together.