I think that nothing that fills an IELTS test-taker with fear as much as the idea of being handed a Speaking Part 2 cue card and having NO IDEAS. In fact, just the idea of sitting there for 60 seconds with nothing  but the the sound of your own beating heart in your head and the taste of panic in your mouth is the stuff of nightmares 💀. But, fear not, in today’s blog, I want to show you six techniques that you can use to make sure that you ALWAYS have something to say in your two-minute talk.

First of all, try not to panic. 60 seconds is actually a long time to come up with something to talk about – remember, you only need one idea to start speaking! Then, after taking a deep breath, see if one of following techniques can help.

Yes, you don’t have to talk about the exact topic on the card. If you genuinely have no experience of this, you can talk about a very closely related topic instead. For example, if you are asked about your favourite GARDEN, it would be OK to talk about a PARK. I once had a student who was asked to describe a hotel that he had stayed in, but he had NEVER been to one! ☠ Instead, he spoke about the time that he went camping.🏕 This is OK! 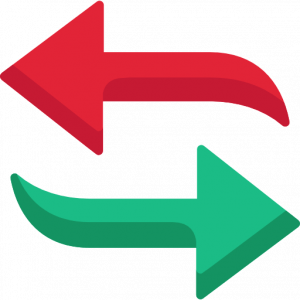 Now, I am NOT saying ignore the topic on the card and start repeating a text you have memorised! If the card asked you to describe a time you were late, and you start talking about your favourite book, well, then the examiner will know that something strange is happening.😕 But talking about a similar topic IS totally acceptable – just explain at the beginning why you have changed the focus on the card.

3) Explain why you DON’T have this experience

This brings me to the 2nd point – you can start your talk by telling the examiner WHY you are struggling to find an answer to the cue card:

Well, it’s really hard for me to remember a time when I was late as I personally think it’s really important to be punctual. When I was growing up my Mum was always late, and it used to drive me crazy Now, I do everything I can to make sure that I’m always one time. For instance, usually…

You see! You can speak for almost 2 minutes about why you DON’T have an example or much to say on the topic (and maybe during this time you will actually remember one!)

Want to listen to two speaking experts giving feedback and scores for speaking part two? Then listen to this episode of the My IELTS Classroom podcast:

4) Talk about a family member or friend

Also, if you genuinely have NO experience of the topic on the card, can you think of a friend or family member who does? If so, you can talk about their experience instead of yours. For example,

Well, I don’t really have a sportsman who I admire, but my Dad is absolutely obsessed with Tiger Woods…..⛳

5) Give more than one example

Another common problem is knowing what to do if you run out of ideas before the 2 minutes are up? Well, hopefully after last week’s lesson you won’t (because you are going to add lots of DETAILS!), but IF this does happen to you, then don’t be afraid of giving 2 or 3 examples of the topic.

For instance, if you are asked to describe your favourite movie, you could describe 2 or even 3 films that you like. Or, if you have to talk about a time you were late, you could finish talking about one time, and then talk about another

Actually, I’ve just remembered another time I turned up late for an appointment…..

Finally, I can’t end this post without talking about inventing answers. Is it a good idea if you have no ideas for a topic to completely invent one? Well, I always feel that you should ONLY LIE AS A LAST RESORT. 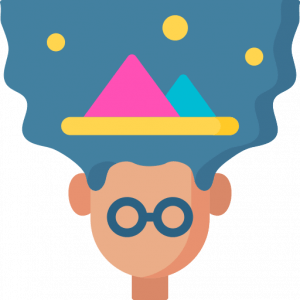 Trust me! I have seen so many students “dry up” after a minute because they thought that they could just invent a story that wasn’t true. You know the problems with lies? They LACK DETAILS! If you lie, you will probably be able to directly address the bullets BUT NOTHING ELSE! It’s hard enough to talk about the truth in English for 2 minutes without adding the stress of an extra layer of lies.

So, I hope this helps. In my personal experience, it very rarely happens that a student has nothing to say – the IELTS Speaking Part 2 cue cards are carefully chosen! I agree that it’s unnatural to talk for 2 minutes uninterrupted – especially on a topic you have no genuine interest in.

However, this is just one of the hurdles you have to clear so that you can get your IELTS certificate and move on to the next stage of your life. And the key to success? Practise, practise, practise! Good luck!💥