OK, you are a IELTS General Training student sitting in the writing exam. The invigilator tells you that you can open your test paper and begin. You look at the prompt for the letter. What are you hoping to see? An informal letter, a formal letter, or a semi-formal letter? In my experience, most test-takers would say informal. I mean, writing a letter to a friend is easy, right? WRONG! 🙅‍♀️ And that’s because 99% of the informal letters that I mark are MIXED TONE.💀

Mixed tone IELTS letters are simply letters that contain BOTH informal and formal language. And in my experience, while students rarely use informal expressions formal letters, they FREQUENTLY use formal language inside informal ones. And, once this happens, you can kiss goodbye to any hope of receiving a 7.0 or higher for Task Achievement, because they Band Descriptors clearly tells us that we have to:

7.0 – Present a clear purpose with the tone consistent and appropriate

So, what are the differences between formal and informal letters? Well, pretty much everything! In general, here is a list of things you should consider the language to choose when writing your letters:

Want to listen to two IELTS experts explain how you can make sure you fully address prompts that ask you to write a Formal and Semi-formal letter? You can! Just click on the player below:

So, as you can see the language formal and informal letters is very different (and semi-formal letter are more or less the same as formal letters with a few extra tweaks!). However, in my experience most students are pretty good at following these rules in the body of their letters. The place where they go wrong is the OPENERS AND CLOSERS!👈 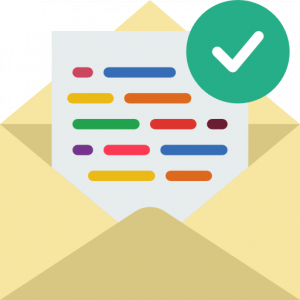 Why? Well, 99% of the time, even high-level students use FORMAL openers and closers to start and end INFORMAL letters – and this is why I think informal letters can be so dangerous for test-takers because they often become mixed tone IELTS letter!

Now, I think I know why this happens. Because formal letters start and end in a fixed way depending on the purpose of a letter, it is good practice for IELTS students to learn suitable openers and closers for each type of letter. For example, if you are going to write a letter of complaint, you are going to need to start your letter with an expression like:

I am writing to express my concern about …..

As these openers never change, students quite rightly spend many hours memorising them. However, when exam time comes, and they are given an INFORMAL letter, they still try to use these FORMAL expressions. And, I understand why – I mean, you spent all that time learning them and they contain such lovely complicated language that it seems a shame not to use them on exam day, right? WRONG 👎

You must NEVER use end an informal letter with a formal expression! Let’s imagine that in the exam you are asked to write a formal letter of request – for example, to ask for information about a university course.  It would be a great it idea 👍 to start and end your letter with these expressions:

OPENER: I am writing to request … 👍

CLOSER: I look forward to hearing from you soon, and thank you for your attention to this matter. 👍

However, if you were asked to write an INFORMAL letter of request, for example, maybe to ask a friend to help you move house at the weekend, then these formal expressions would be TERRIBLE ways to start and end a letter. 😳 You would never speak to a friend in this way. And the result? A 6.0 for Task Achievement 👎  because you have written a mixed tone letter. 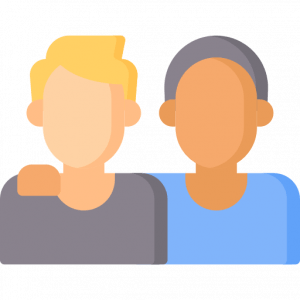 So, for informal letters, you should start and end your letter with these INFORMAL openers and closers. And even though for many students these don’t feel anywhere near as high-level as the formal expressions, they are the way you MUST start and end your letters if you want a high score. Why? Because, they are appropriate!!!!! So, for our informal letter, we could simply open and close like this:

OPENER: Hey, how are you doing? I hope everything is well with you. I’m writing to ask a favour.

CLOSER: Thanks so much John. Write back when you can to let me if it’s possible, and no problem if it’s not.

Again, these sentence might look “simple” compared to their formal counterparts, but they are the expressions that are appropriate in an informal letter, so you MUST use!

Now, If you are sitting at home now scratching your head because you don’t know to write good formal and informal openers and closers, you can click on this link to download my free cheat sheet, which contains good ways to start and end all types of letters. Plus, while you are there, why not stay and watch my free video about how to organise EVERY type of IELTS letter 🙂

OK, I hope that you found this useful. If you remember ONE thing from this post, it should be that to avoid a mixed tone IELTS letter EVERYTHING must be the same level of formality. Good luck! 🚀

I have a whole lesson that compares formal and informal letters in my full General Training Writing Task 1 Course – 12 hours of interactive video lessons that will take you through every aspect of letter writing.